2015-2016 Eco Club Members and Student Volunteers in the Gardens

In 2014, under the leadership of Principal Carole Kihm and the parent, teacher, and student volunteers of Longfellow's Eco-Action Team, Longfellow made great strides in greening both the school and the grounds.  And in June 2015, Longfellow was awarded the highly coveted Green Flag Status by the National Wildlife Federation under its Eco Schools USA Program (see article below).

As part of the Green Apple Day of Service, on Saturday, October 17, 2015, from 10:00 am to 1:00 pm, the Eco Action Team will sponsor the continued greening of Longfellow grounds, by beginning ecovations to Longfellow Pathway. Longfellow Pathway bridges Longfellow Middle School with Haycock-Longfellow Park, and is part of the Fairfax County Park Authority and the Chesapeake Bay Watershed.  The site, known as Burke Stream, is managed by the School Grounds Lead through the Fairfax County Park Authority's Invasive Management Area (IMA) Program.  Over the last two years, students and parents have removed invasive shrubs, plants and vines along Burke Stream.  The ecovation of Longfellow Pathway will enable the continued efforts at Burke Stream, and aid in the reintroduction of native wildlife that depend on native plants.  Visit the Green Apple web site for more information about the September 26 ecovation project. 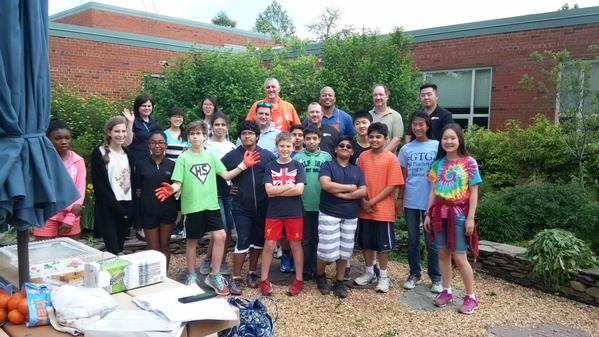